The “Angel Corps Home Coming Parade” event hosted with the Lakes International Comic Art Festival, was one of the main highlights of last year. It gave us a chance to introduce an aspect of our story that had been lurking in the background for the past 8 years.

We initially had lofty ideas of how big this story was going to be, and mapped out things like live events, working with schools, AR functionality, even street parades. After chatting with friends, and struggling make the film, we shelved almost everything apart from the graphic novel.

Over the past few years, we have been invited to work with various events, organisation, people, and been given the opportunity to introduce a few of the abandoned story elements.

While we are two years away from introducing the first Angel Corps book, we brought the all female squadron to life while working with students of Kendal College, which has neatly set up their appearance in Sins of My Father, our next book.

It’s great having a chance to play the ‘art immitating life’ card. 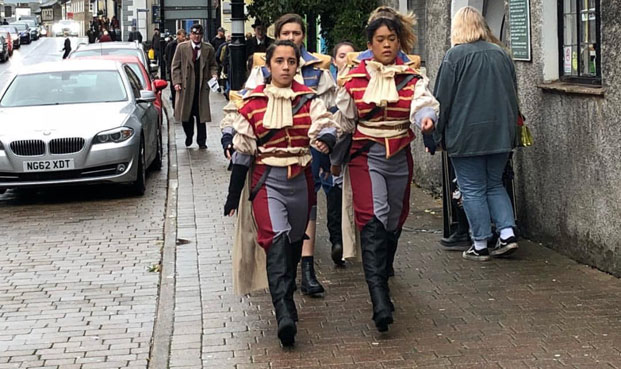